Those who’ve had one done will tell you: a home energy audit is one of the best deals ever.

“It’s a low-cost thing and they usually do more than you expect,” enthuses Stan Hajenga, a landlord who recently scheduled audits on three of his rental units in Rifle. 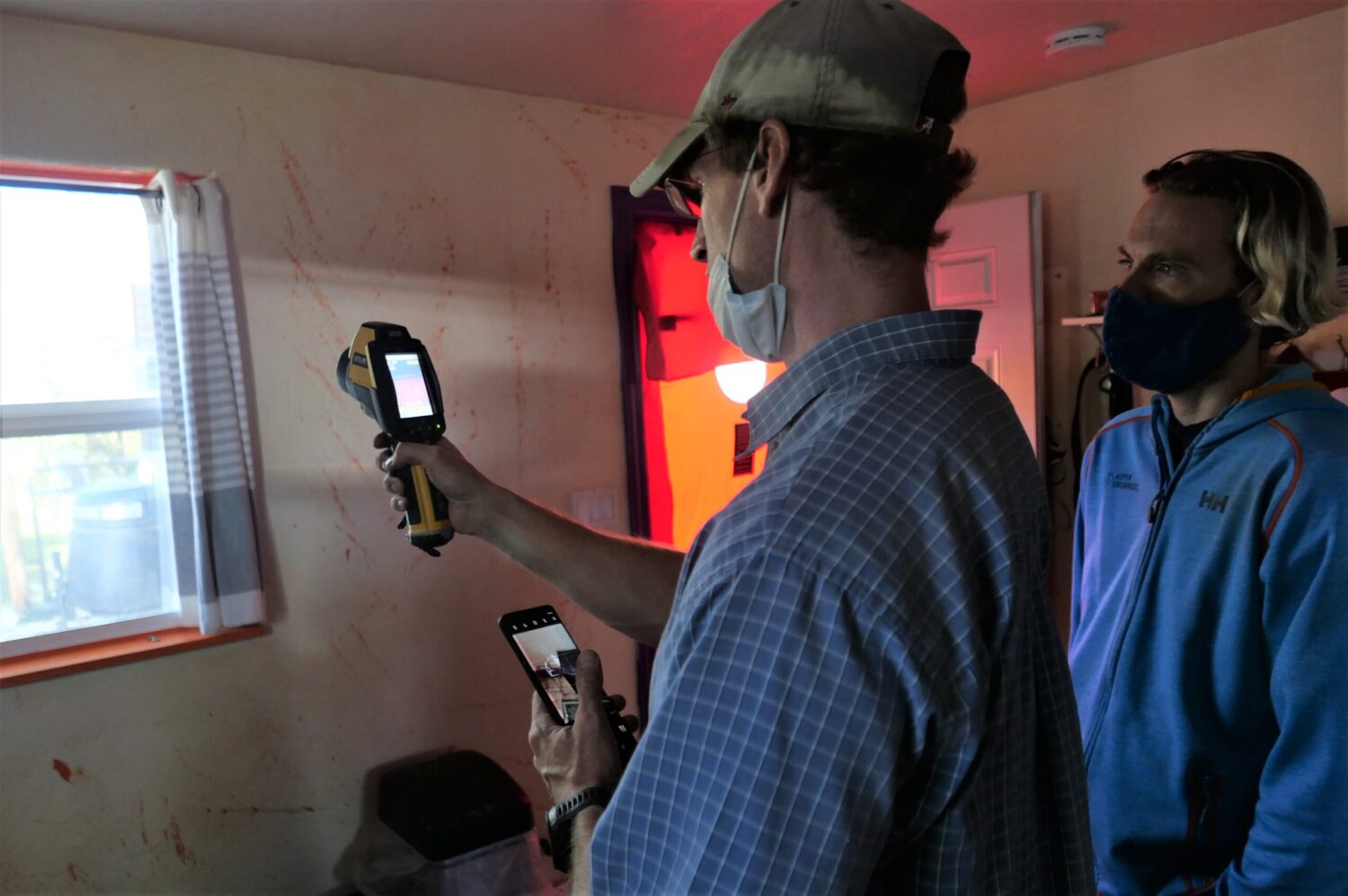 Paul Breaux of EnergyWise Consultants uses an infrared camera to scan for heat leaks while homeowner Curt Leitzinger looks on.

Hajenga should know. He had an audit done on his own home a few years ago that turned up significant air leakage in his attic, and that simple repair has been saving him money on utility bills ever since.

He’s right that it’s a “low-cost thing” – a home energy audit in our area generally costs about $100, thanks to utility incentives and the extra rebates now available through GCE’s ReEnergize program. And for that, he says, you get a thorough checkup of the home’s energy condition, a report on recommended repairs, advice about programs you qualify for, and probably some freebies like LED bulbs or a digital thermostat. Plus, he adds, it’s good for the environment.

Landlords are sometimes reluctant to spend money on energy upgrades when it’s the tenants who will benefit from lower utility bills, but Hajenga begs to differ.

“If you maintain your units, you usually get better renters and you get more for your units,” he says. “And the same thing goes for energy efficiency.” Lower monthly utility bills translate into higher rent or happier tenants, or a little of both. That’s especially important in an economic downturn when many people are struggling to make rent, he adds.

“I think it’s a win-win” for landlords and tenants, Hajenga says. 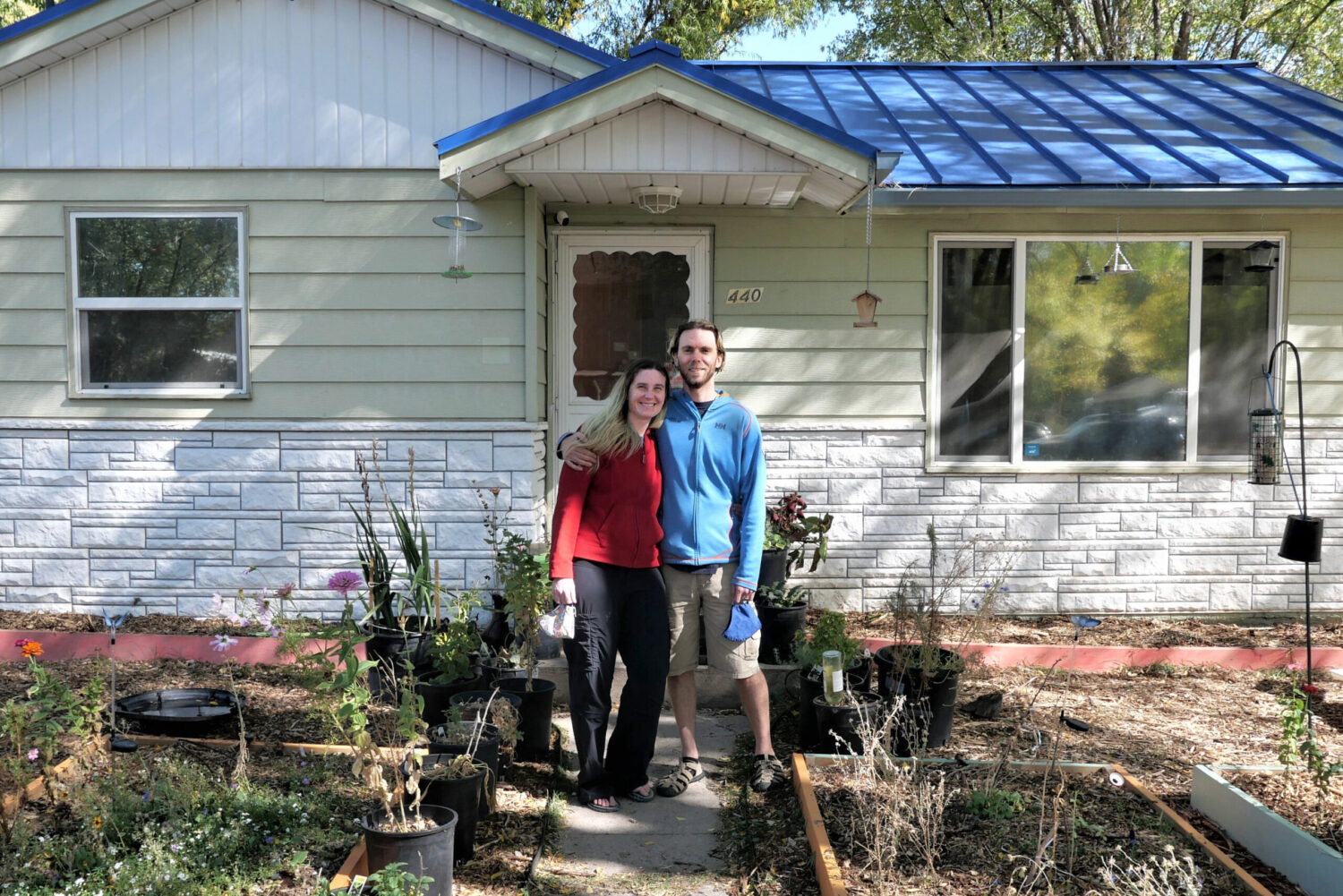 After having an energy audit done on their Silt home, Kim and Curt Leitzinger came away with a road map of energy efficiency measures.

Curt and Kim Leitzinger are similarly sold on home energy audits. Curt had had one done when he lived in Washington state “and it gave us a lot of good information about the house.” Earlier this month the couple had EnergyWise Consultants come do an assessment of their home in Silt, an 800-square-foot 1950s-era bungalow that they purchased last fall.

The timing was ideal. They’d had a thorough home inspection done before purchasing, of course, and that had led to a series of short-term projects – new roof, new heating/cooling system, new water heater. Now they were ready to map out a long-term renovation strategy for the house, and were looking for input.

When they heard they could get an extra $150 ReEnergize rebate on the home energy audit, Kim said, they jumped at it.

The two-hour inspection and consultation with energy analyst Paul Breaux gave the Leitzingers a lot of valuable information, and not necessarily what they were expecting.

Their chief concern was heavy condensation around the windows that they’d noticed last winter. The windows themselves seemed fine, but was there damp coming up from the crawl space? Or was it poor insulation in the attic?

Breaux and his assistant ruled out both those causes, but discovered a few other relatively easy-to-fix problems.

Home energy professionals have two cool diagnostic tools that they typically use when doing assessments. The first is a blower door test, where a special fan is set up in a door opening to draw air out of the house to reveal hidden gaps where air is leaking in. The other is an infrared camera that’s used to scan the walls and “see” where heat is leaking in or out.

Those tests indicated leaks around the front door trim, ceiling light fixtures and – most noticeably – a hole where the old water heater pipes used to enter. They could be sealed with spray foam. As for the condensation, Breaux said it was due to inadequate ventilation, which could be remedied by simply running the bathroom and kitchen fans more often.

“Whatever we can do to maximize the efficiency of the house, that’s what we want to do,” said Curt. He and Kim used their remaining time with Breaux to learn about their home’s structure and to get more tips on tweaking its energy performance. By the end, they sounded encouraged.

To sign up for a discounted home energy assessment or find out about our other energy coaching services, please contact GCE energy coach Maisa Metcalf.