As electric vehicles gain market share and popularity, Colorado consumers will have some tradeoffs to contend with. One such tradeoff presents itself now, as a key state tax credit is set to decrease significantly after Dec. 31. 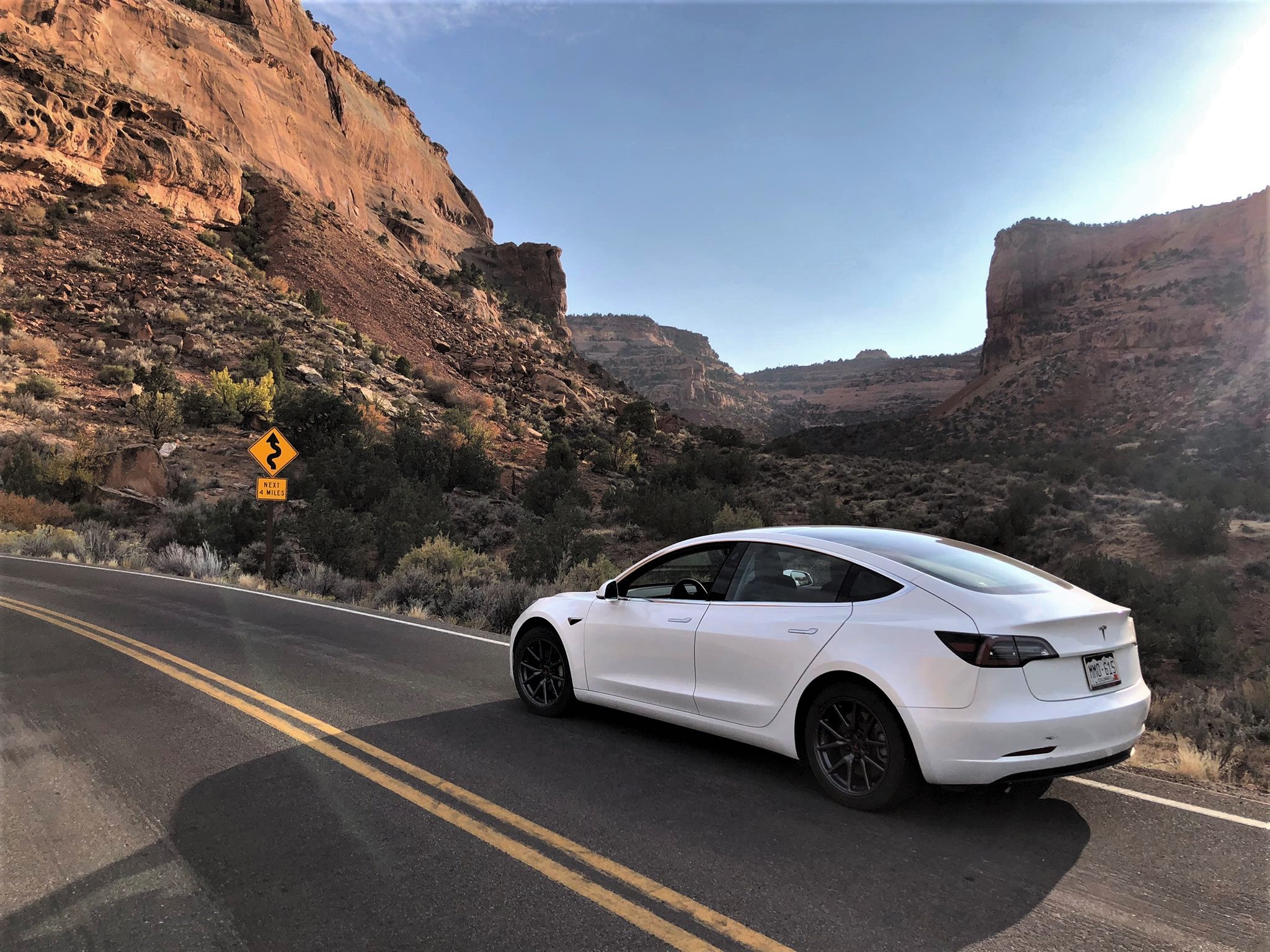 Tesla's electric vehicles (such as this Model 3) have long set the pace in the EV market, and they enjoy their own network of charging stations. (Credit: Benjamin Westby)

The dilemma boils down to this: Buy an EV before the end of the year to save an extra $1,500? Or hold off until 2021, when a host of new models – including some electric trucks and SUVs – are expected to hit the market?

That’s because Colorado’s "Innovative Motor Vehicle" income tax credit, currently pegged at $4,000 on  the purchase of a new plug-in hybrid or all-electric vehicle, will drop to $2,500 in 2021. Likewise, the credit for leasing an EV will decrease to $1,500 from the current $2,000.

About those tax credits

There’s some consternation among EV advocates about the imminent reduction of the state’s tax incentive, but Stefan Johnson, transportation program manager at Clean Energy Economy for the Region (CLEER), sees both sides.

“It’s not ideal having the tax credit step down just as we’re starting to see more models come onto the market in Colorado,” he says. “If I could wave a magic wand, I’d give folks another year to take advantage of the $4,000. But on the other hand, we all need a deadline to get us to act.” 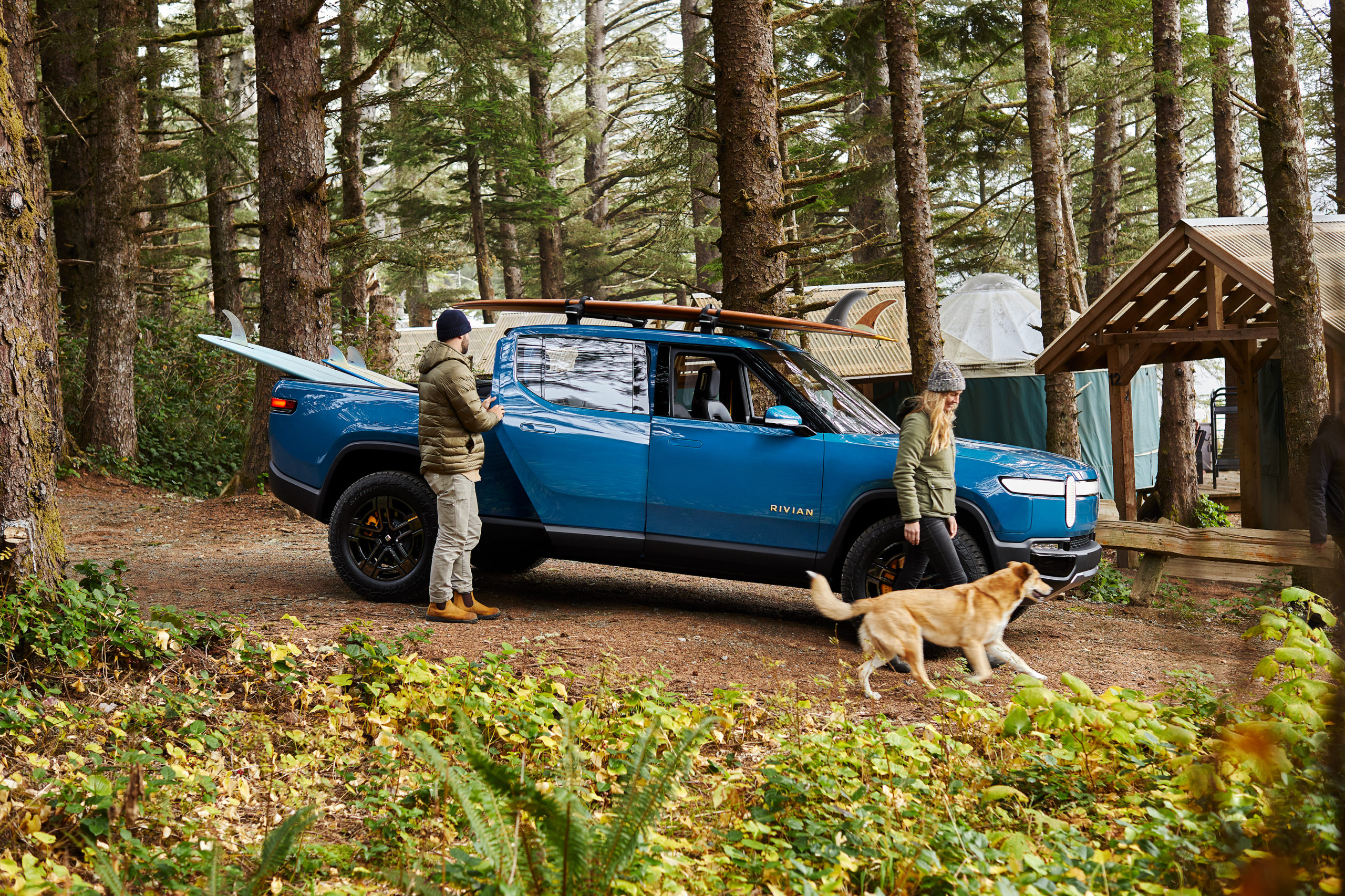 Perhaps the most buzzworthy development of 2021 promises to be the introduction of EV pickup trucks, such as the Rivian R1T. (Credit: Jeff Johnson)

“I definitely think the tax credits go a long way to moving the EVs,” says Tim Jackson, president and CEO of the Colorado Auto Dealers Association. Electric vehicles are expected to reach “price parity” with gas cars in the next five years or so, but for now, Jackson says, they need subsidies to make up the difference. He points to what happened when the state of Georgia suddenly ended its $5,000 EV tax credit in 2016 – EV sales plummeted by 80%.

But tax credits aren’t the only incentive to buy an EV. Some manufacturers are offering pretty hefty discounts on certain models, and local dealerships are offering extra deals of their own to make room for next year’s models.

Added up, the breaks can make a big difference, says Michael Payne Sr., owner of Mountain Chevy in Glenwood Springs. For example, he explains that the Colorado tax credit plus GM’s manufacturer discount takes $15,000 off the price of a Chevy Bolt, putting it in the same range as a comparable gas car.

Barriers to putting more EVs on the road

The state of Colorado has set an ambitious goal of getting 940,000 electric cars on the road by 2030 – a seemingly impossible task given that the current number is fewer than 30,000. Christian Williss, Senior Director for Transportation Fuel and Technology at the Colorado Energy Office, sees four barriers to achieving it, and it’s his job to help remove them.

The state tax credit was designed to tackle barrier number one: high upfront costs. But, says Williss, that policy can only do so much given barriers number two, three and four: lack of public awareness about EVs, lagging charging infrastructure, and limited model availability.

According to Williss, surveys have found that the majority of Coloradans have little knowledge of electric vehicles – and fewer still know about the state tax credit. He says the state plans to launch a multi-year education campaign next year to increase awareness about EVs.

As for charging infrastructure – that is, charging stations – state grant programs have been fueling a steady expansion of the network in the past couple of years, thanks in part to funding from a national legal settlement over Volkswagen’s diesel emissions scandal. (CLEER manages one of those grant programs in 14 counties across northwestern Colorado.) Xcel Energy has plans to add to the spree with a big spend of its own starting in 2021.

And the final barrier – limited model availability – is in the process of falling, thanks to Colorado’s 2019 adoption of California’s Zero Emissions Vehicle (ZEV) mandate. With that move, Colorado has in effect joined a common EV market with California and nine other states, with the result that the range of EV models sold in Colorado is expected to grow rapidly in 2021 and beyond.

The horns of the dilemma

And that brings us back to the dilemma faced by prospective EV buyers right now.

If a subcompact EV like a Chevy Bolt or Nissan Leaf fits your lifestyle, there’s every reason to buy now and score a great deal, says Williss. Just know that your choices will be limited to cars that are already on the lot, because any car that you order at this point probably won’t be delivered by Dec. 31.

Meanwhile, Western Slope drivers who have been holding out for something beefier should set their sights on 2021, when a number of all-electric SUVs, crossovers and trucks are expected to make their debut.

CLEER’s Johnson thinks the new crop of EVs are positioned to make bigger inroads in the Colorado market. “Many Coloradans are environmentally conscious and want to do the right thing, but AWD and clearance aren’t optional features for them,” he says. “Having new models that are compatible with the outdoor Colorado lifestyle will be a game-changer for EV sales in the state.”

At the compact/crossover end of the SUV class, Ford is supposed to start delivering its much-anticipated Mustang Mach-E any day now. The new all-electric Mustang can drive 230 miles between charges and has a base price of about $44,000, before factoring in any state or federal-tax credits.

Another crossover that’s eagerly anticipated is VW’s ID.4. Basically an electric updating of the Tiguan – and a likely competitor to the Tesla Model Y – the ID.4 has a 250-mile range and starts at $41,000. The rear-wheel-drive version will come out first in mid-2021, followed by an AWD later in the year.

Other crossover EVs worth looking out for in the coming year include Hyundai’s Kona Electric, Nissan’s Ariya and Cadillac’s high-end Lyriq. As for Colorado favorite Subaru, its plug-in hybrid Crosstrek should start selling in our state in 2021, but an all-electric Subaru remains unavailable anywhere.

Perhaps the most buzzworthy development of 2021 promises to be the introduction of EV pickup trucks from Rivian, Ford and Tesla. The Rivian R1T is expected by the middle of the year, sporting a 300-plus-mile range and a max payload of 1,750 pounds – and a $67,500 price tag. Tesla says its Cybertruck will carry a 3,500-pound payload and come with features like cold-rolled steel and armor glass, all for an incredible base price of just under $40,000.

Less is known at this stage about Ford’s electric F-150, but given the brand’s icon status it promises to become a major player. To round out the electric truck field, look for additional entrants from startups Lordstown and Bollinger.

“I have a very, very positive outlook for 2021,” says Jon Fruend, general manager of Audi Volkswagen Glenwood Springs. He sees EVs finally becoming mainstream, as Volkswagen and Audi, like many other manufacturers, will finally be offering electric models in every major class.

“I think what all the conventional manufacturers have to do is find a sweet spot of range versus price. I think they’ve got the models right. It’s finding that sweet spot. Is it 250 miles per charge? We’ll see.”