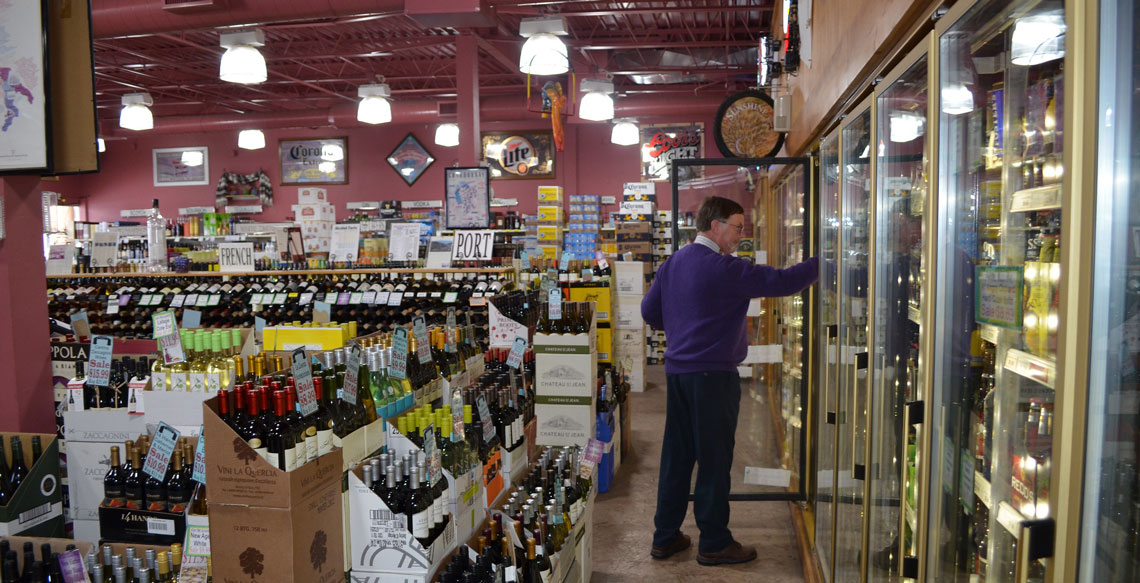 When making business decisions, Roaring Fork Liquors owner Ken Robinson is willing to spend money if it will save him money. When he saw how much refrigeration and lighting upgrades would cost for his store in south Glenwood Springs compared with how much he’d save in both rebates and future electrical bills, he couldn’t say no.

For the first project, Robinson got a bid from FridgeWize in Glenwood Springs (called FridgeTek at the time) for the upgrades to the store’s refrigeration cases and coolers. FridgeWize measured the energy use of the three cooling units, which each draw separate power readings. Then Robinson, who likes to do his homework, created his own charts and spreadsheets to double-check the data.

“It’s the same thing you’d do if you were going to buy something. You ask: How much does it cost right now? What are you going to change? How much is it going to cost afterwards? How much power are you going to use before and after? You quantify that so you can put a number on it,” he said.

“FridgeTek broke it down pretty good. At least at that point it was not just ‘blah blah blah.’ Then you take those numbers and do some statistical analysis. That got me jazzed to do it,” he said.

In May 2012, Robinson proceeded with FridgeWize to make $7,500 in upgrades, which included new anti-sweat heater controls for the refrigerator cases and 11 new evaporative cooler (EC) motors and fan controls for the store’s two large refrigeration units. CLEER assisted Robinson in seeking a $2,000 rebate from Glenwood Springs Electric.

The EC motors are two-stage fans that run at two different speeds while moving cold air through the coolers.

“The fans we used to have ran full bore all the time at 100 percent. They were loud and hot and heavy, and ran and ran and ran,” Robinson said, while walking into the employee entrance to what he calls “Cooler 1.” The temperature is steady and the fans notch down to the lower-rpm phase while he chats in the cooler.

Robinson notes — in a normal tone of voice — the muskmelon-sized replacement fans and how quietly they run. He’s learned since from FridgeWize about fans with a new blade design that run even more efficiently. He’s considering the new product, although he’s waiting for field tests to show how much better they are.

“I haven’t decided if I’m going to go that route. But they got me on the first ones; these ones work,” Robinson said.

Although it’s a smaller part of the refrigeration upgrades, the anti-sweat controls have helped to further cut down on energy consumption. Prior to the upgrades, he had a unit that ran 24/7 to keep moisture off the glass doors that house the beer on the customer side of the coolers. With usually low humidity in Colorado, the constant anti-sweat controls are not necessary and “suck a lot of power,” according to Robinson. Now the system kicks on only if needed.

The refrigeration upgrades delivered a 15 percent reduction in the store’s energy consumption, comparing January-to-June of 2012 to the same six-month period in 2013.

Robinson was co-owner of the Roaring Fork General Store (now the Aspen Quick Mart), followed by management positions at Carbondale Vineyard for six years and Mr. C’s for three years. He purchased Roaring Fork Liquors with his friend, Bob Jenkins, in August 2000. Robinson knows retail and knows what customers like.

“The idea is that people like to shop in well-lit spaces, with easy-to-navigate, wide aisles,” he said.

Robinson had already done some remodeling of the interior of Roaring Fork Liquors to create a more suitable ambiance; he raised the dropped ceilings and repainted throughout. But the store was still using metal halide lights, which were plenty bright and very energy-intensive.

So after having made refrigeration upgrades in 2012, Robinson started considering a lighting upgrade in 2013. Again, he called on CLEER energy coaches to help field bids from contractors and make sure the replacement lighting would do the job.

The $10,320 lighting project qualified for a $1,500 rebate from Garfield Clean Energy Better Buildings Grant Funding, $1,000 from Glenwood Springs Electric, and a $2,500 commercial rebate from Community Office for Resource Efficiency (CORE). The rebates, $5,000 altogether, paid for a bit less than half of the project cost.

“I did the math, the numbers on it, and I came up with 2.78 years on my return on investment, and to be totally honest, I think it’s going to be more like a year and a half,” Robinson said. “Originally, just looking at kilowatt hours saved, you couldn’t say no. It was like, ‘Really — my power usage will go down by 25 percent at least?’”

The job included bypassing the existing ballast and changing out 24 250-watt metal halide lamps on the retail floor and replacing them with 100-watt LED flood lamps. Wahl Electric replaced lighting in the coolers with LEDs and swapped out the old T12 fluorescents in Robinson’s office with T8s.

Energy savings can add up

So far, the energy reduction has overtopped the projections. The store’s electric usage decreased another 32 percent, comparing January-to-June of 2013 to the same six-month period in 2014.

Roaring Fork Liquors is an excellent example of how multiple energy measures add up to much bigger energy savings, according to CLEER Energy Coach Shelley Kaup. “Ken Robinson has taken great interest and educated himself on the projects, and he is achieving great savings for his business.”

Robinson also recognizes that he will not have to replace the LEDs for five years, resulting in even further savings compared to maintaining the old 250-watt lights. He estimated that would cost him $7,200 every five years.

“When you’re doing a cost-benefit analysis, you also have to take maintenance costs into consideration,” he advised.

Robinson thinks the lights look “pretty slick,” with their spaceship-like shape and individual cooling fans in each unit. And he’s pleased with the energy savings, the five-year guarantee and the brightness.

“They look pretty good. They look pretty bright to me,” Robinson said. “I was concerned they weren’t going to be bright enough, but turns out I don’t have to worry about that.”

In a shop that is open seven days a week (9 a.m. to 10 p.m. weekdays and 10 a.m. to 8 p.m. Sundays) the net result of all of the energy efficient upgrades is significant. The savings are turning out better than the estimates.

The refrigeration upgrades have been in place for more than two years and the LED lights for nearly one year, and the store’s total power usage, from 2012 compared to 2014, has dropped by 42 percent reduction.

For a savvy business owner whose motto is “I’m from Missouri, show me,” the case for energy efficient upgrades was made and matched.

“The proof is in the pudding,” Robinson said. 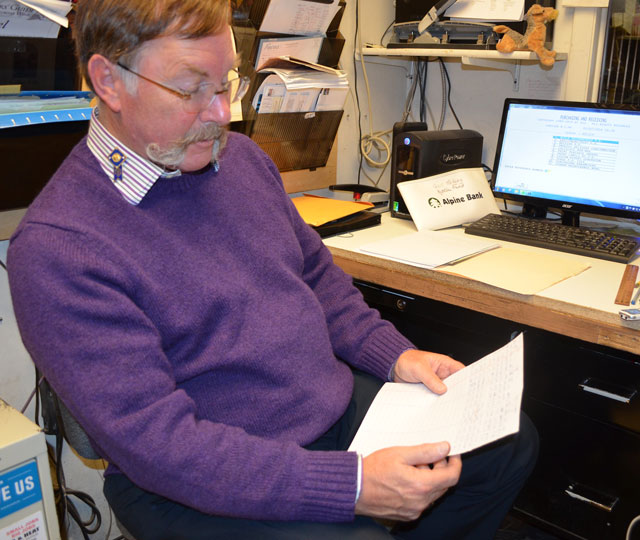 Inform yourself by studying your energy bills carefully

Do your own math; double-check the numbers

Consider maintenance costs in all scenarios

Ken Robinson, owner of Roaring Fork Liquors, installed refrigeration upgrades in 2012 and lighting upgrades in 2013. Together, the two projects lowered the store’s electric bills by 40 percent.
Photo by Cameron Burns