Our Solarize Garfield County campaign generated $2.8 million in rooftop solar and battery investment, added nearly a megawatt of renewable energy to the grid and helped county residents bank $270,000 in rebates. 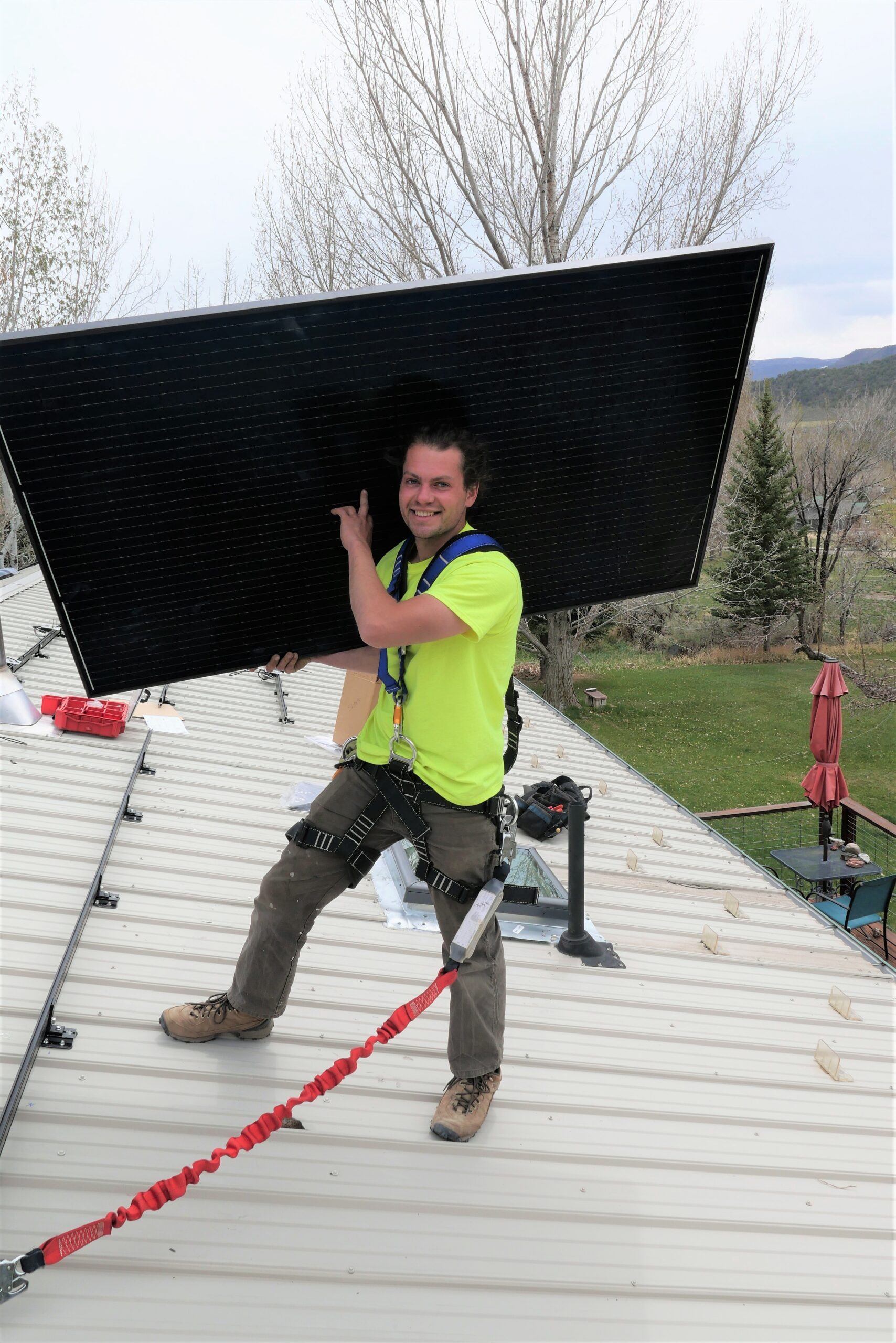 The program, which Garfield Clean Energy spearheaded from March to June, exceeded all expectations, said Carbondale Trustee Ben Bohmfalk, who represents the town on the GCE board.

“We thought the Solarize strategy could help boost solar energy development in the county, and as it turned out it tapped into even more demand than we imagined,” Bohmfalk said. “We’re really pleased with the results.”

A total of 110 households and businesses purchased solar systems through the program, adding 855 kW of solar capacity, according to Maisa Metcalf, buildings program director at CLEER (Clean Energy Economy for the Region, which manages GCE's programs and organized and ran the Solarize program).

In a sign of the changes that are rapidly sweeping the clean energy sector, Metcalf noted that program participants also purchased 372 kW of backup battery storage, accounting for $310,000 of the total amount invested.

“Based on the successful results of the program, we would love to do it again next year with a special focus on battery storage and additional incentives for low- to medium-income households,” Metcalf said. She added that CLEER and GCE are already discussing ways to improve the program based on the first year’s experience and feedback from participants.

“We are thrilled that Solarize Garfield County has been so successful in encouraging our members to install solar panels paired with storage systems,” said Lisa Reed, manager of energy programs at Holy Cross Energy. The solar-plus-storage combination is particularly powerful because it generates renewable energy during the day while capturing surplus energy to be used at night, she noted.

GCE prioritized the Solarize program as a way to help meet its goal of boosting local solar energy, Metcalf explained. The state of Colorado and the electric utilities that serve the county have set ambitious goals for solar, she noted, and doing our part locally will ensure that the county gets its share of the economic and other benefits of the development.

Solarize programs, which have been successfully implemented in Summit, Mesa and other counties, harness the power of group buying to drive down prices and build community excitement around going solar. GCE engaged Eagle-Vail-based Active Energies Solar as the exclusive solar installer for Solarize Garfield County, which in return offered volume discounts based on the number of systems sold.

In addition to the installer discounts, customers of Holy Cross Energy and Glenwood Springs Electric were able to claim rebates typically amounting to thousands of dollars on a solar system. For Xcel Energy customers who didn’t qualify for rebates through their utility, Garfield Clean Energy offered special $1,500 rebates to level the playing field. GCE distributed the entire $67,500 it allocated for its rebate program, which was made possible through Department of Energy funding.

The Solarize program brought together many of the elements that underlie Garfield Clean Energy’s approach, according to GCE board member and New Castle Councilor Bruce Leland. Harnessing market forces to ramp up solar energy increases economic activity and employment, attracts more investment to the region, and helps speed Garfield County’s transition to a clean energy economy.

On top of that, noted Leland, investing in solar saves residents substantial money over time. Much of the money not spent on energy will be recirculated locally, further diversifying the economy.

“This is really a shining example of what GCE does and the value it contributes to our county,” Leland said. “All of us involved with Garfield Clean Energy agree that ramping up solar is a powerful economic development strategy, and it’s an important part of the mix for us here in Garfield County. We have such great solar access, and it’s a win-win in terms of reducing people’s energy costs and increasing our energy independence.

Bohmfalk added that the Solarize program provides needed local action on climate: “As we experience the impacts of climate change like record temperatures, record drought, and record wildfires first-hand right here in Garfield County, people are looking for ways to be part of the solution. Solarize has offered residents a clear and easy step they can take to reduce their carbon footprint by putting solar panels on their roofs.”