Solar energy continues to grow in Garfield County, with a 20-acre solar farm in Silt coming on line that will generate enough electricity to power about 400 homes.

The Silt array is located just southeast of town and is visible from I-70. It consists of about 5,000 solar modules and it will add about 2 megawatts (MW) of capacity to the grid.

The project is the result of a partnership between Pivot Energy, Colorado’s largest community solar developer; Standard Solar, a national company that financed the project and will own it; and the private landowners who are leasing the land. 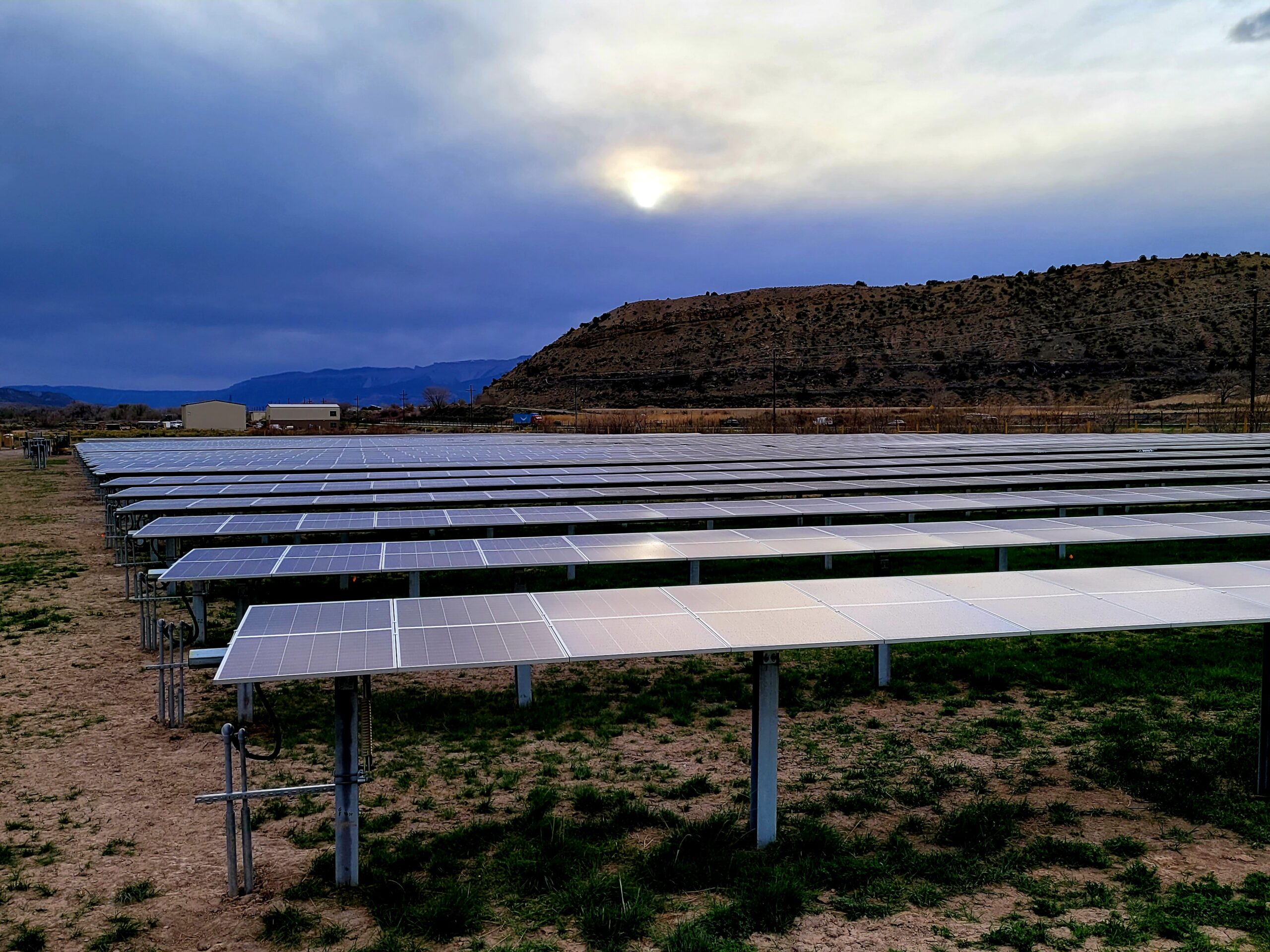 About half of the solar farm’s output will be purchased by local governments, while the rest will be allocated to low-income subscribers ­through Xcel’s Solar Rewards program.

The project highlights an accelerating trend in Garfield County, which has been a leader in rural solar development for more than a decade. Holy Cross Energy recently announced it plans to build 20 MW of solar in the county, and it is partnering with Colorado Mountain College on a separate 4.5 MW array at its Spring Valley campus. Meanwhile Solarize Garfield County, a three-month campaign running through June, aims to install 1 MW worth of rooftop systems throughout the county.

Larger “community-scale” arrays – often called solar farms – differ from rooftop systems in that they are owned and operated by a third party and they typically follow a subscription model. Subscribers pay for the electricity they use and receive a corresponding monthly credit from their regular utility. Since subscribers are paying for a service rather than owning their own system, they aren’t liable for installation or maintenance costs, and the subscription is easily transferable if they move.

Pivot worked with Xcel Energy to develop the Silt project as part of the Solar Rewards program, which bids out projects to help Xcel reach its renewable energy targets. The nonprofit Clean Energy Economy for the Region, which runs the programs of Garfield Clean Energy, helped the developers line up local government subscribers for the project.

“Without CLEER's involvement, we wouldn't have been able to find so many local subscribers to this project,” said Jon Fitzpatrick, vice president of project development for Pivot Energy. “It's their mission to find renewable solutions for their [Garfield Clean Energy] members.”

“We’re excited to see the launch of this new project,” said Katharine Rushton, CLEER’s renewable energy program director. “Solar energy is an important part of Garfield County’s economic development strategy, and this project will enable the local governments who have subscribed to cover their electricity needs with locally produced energy.”

“Access to low-cost solar energy is particularly helpful for those at the lower end of the income spectrum, so we welcome the designation of 1 MW of community solar for low-income subscribers,” she added.

Although this particular project is already fully subscribed, it’s still worth signing up with your utility or a solar developer like Pivot to get on a waitlist for the next solar farm.

Signing up for a community solar subscription is a quick and easy process that requires no upfront costs. It allows residents and business who are unable to install solar on their homes or buildings the opportunity to access clean energy, save money and reduce carbon emissions.