Let’s say you want to buy a more efficient car or truck, but the one you want is on backorder due to those pesky supply-chain delays. What do you do?

Well, if it’s not winter and your commute isn’t too far, you can do what David Kodama did – buy an e-bike.

Kodama ordered a Ford Maverick last summer to replace his aging Toyota pickup and to get better mileage. The small hybrid-electric pickup would meet his needs: a woodworker based in Carbondale, he mostly drives to his shop less than 10 miles away, but he occasionally needs to haul tools and deliver finished pieces to job sites. 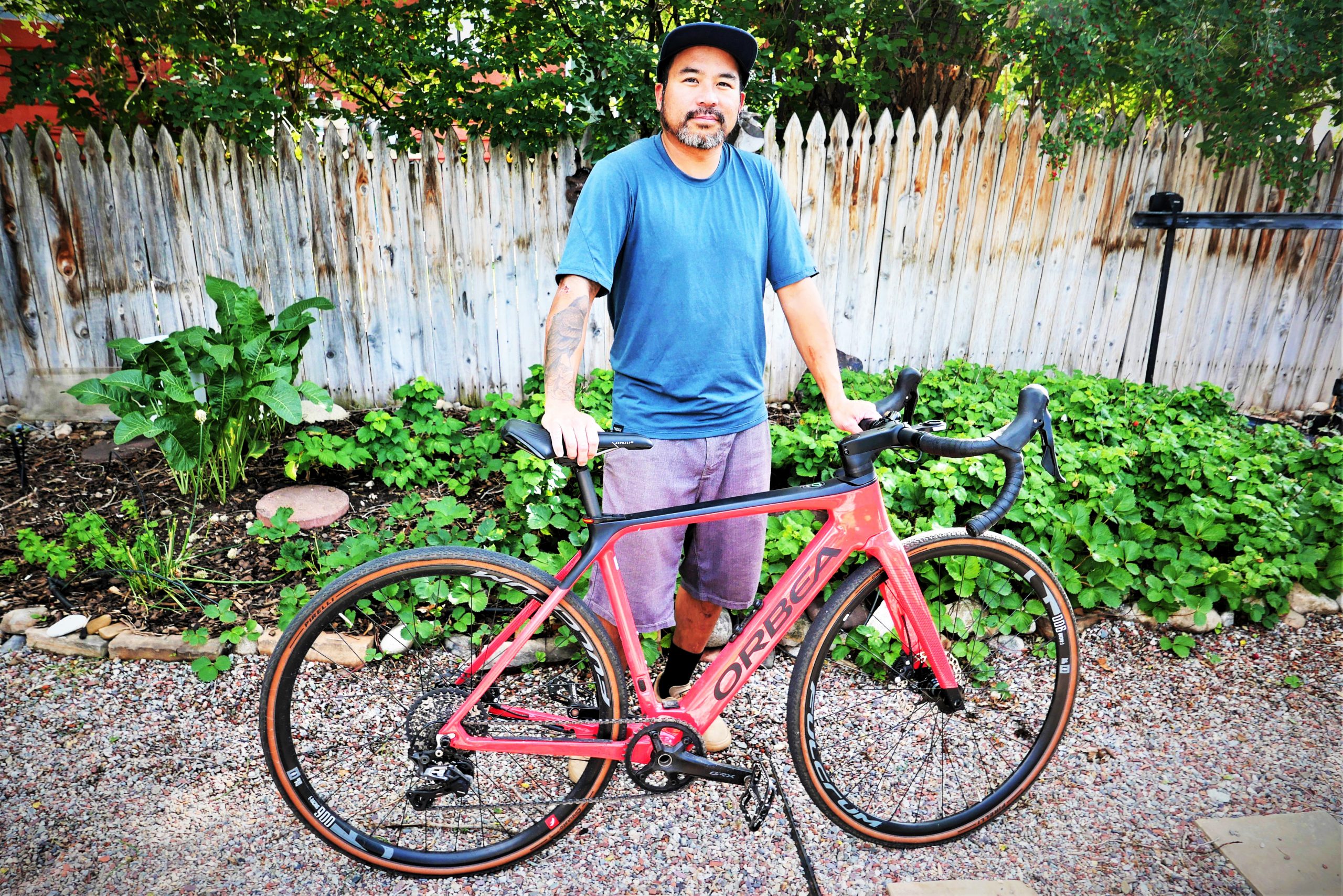 Switching to an energy-efficient vehicle was a savvy move, given the soaring gas prices that were to come. However, the promised November delivery date was pushed back… and back. Meanwhile, Kodama’s old rig got totaled in an accident (not his fault, no injuries) and he found himself driving a borrowed car through the winter.

By spring, Kodama was looking for an alternative. An avid cyclist, he began shopping for an e-bike that would work for his commute and for rides with friends. For $4,000, he got an Orbea Gain M30, a sleek, lightweight road bike with a battery that provides a pedal-assist range of 60+ miles.

“I love it,” Kodama says of his daily commute on the bike. “It’s a great way to start and end the day.”

Plus, he estimates he’s already saved several hundred dollars on gas in the past five months of riding.

“Supply chains, what can you do, right?” he says with a shrug. “I’m just rolling with it.”

E-bikes are skyrocketing in popularity, with e-bike sales growing by nearly 50% annually, according to NPD Group, a market research firm. For many, they serve as a more fun, more affordable and easier-to-park alternative to the car for short to medium-distance trips.

E-bikes use less energy and produce fewer emissions than cars, and by taking up less space they reduce traffic congestion, which benefits everyone. A study in Norway found that people who own e-bikes don’t just cycle more, they drive less.

“It’s kind of an inevitable transition in technology,” Kodama speculates. “Give it a few years and I’m sure you’re going to be riding one too.”

And here’s one more incentive to get into an e-bike saddle: rebates. Locally, Holy Cross Electricity offers its customers a $50 rebate per e-bike, while Glenwood Springs Electric customers can score a $200 rebate. (Due to popular demand, the 2022 Glenwood rebates are close to running out, but they'll be back in 2023.)

The incentives are about to get better. A law passed by the Colorado Legislature earlier this year allocates $12 million for e-bike rebates targeted at low- to moderate-income people. The state hasn’t yet announced when the program will start or how much the rebates will be, but the city of Denver’s local program offers a clue. That program is offering $1,200 per e-bike for income-qualified residents and $400 for all others.

Competition for rebates may be fierce, though. The Denver program has proved so popular that this month’s allocation of rebates was snapped up in less than a day.

By the way, David Kodama finally took delivery of his Maverick in August... but he’s still e-biking to his shop most days as long as the weather stays warm.

If you’re in the market for an e-bike, the following help is available: