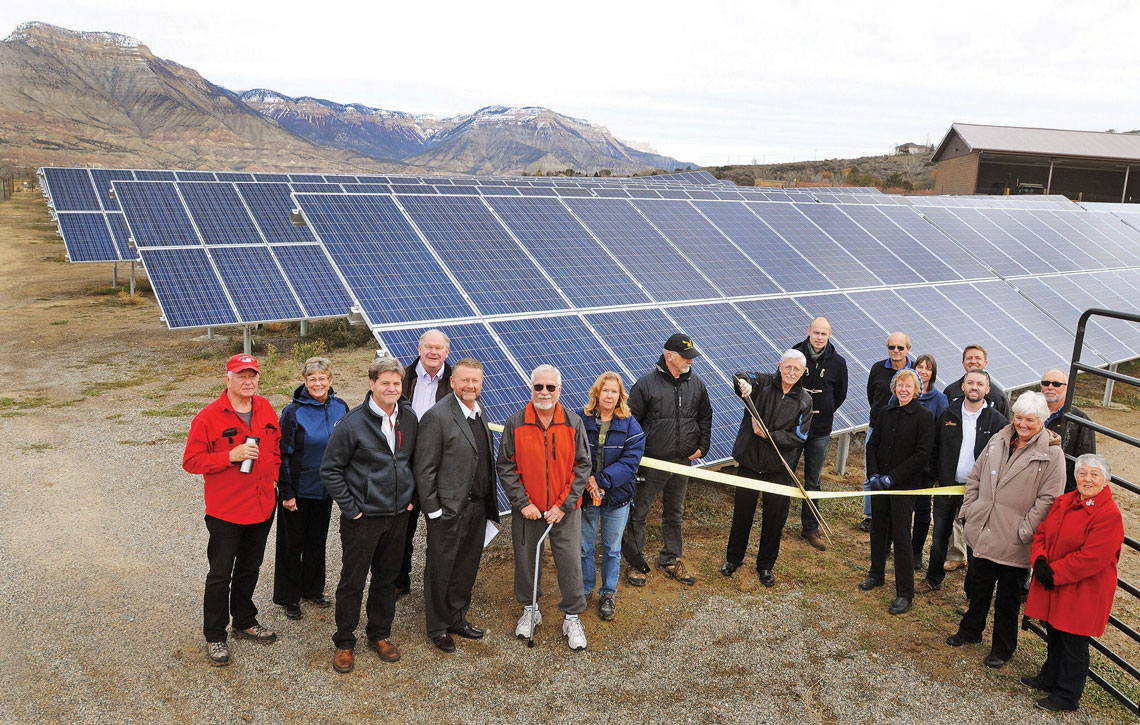 Bill Nelson and Michelle Foster, members of the Battlement Mesa Metro District board, cut a bright yellow ribbon Thursday to celebrate the completion of a solar array that will power the district’s water treatment plant.

“I am pleased with the fact that we have clean energy involved here. Solar is a wonderful source of energy,” said Nelson.

The array of 1,422 panels, rated at 440 kilowatts, will power 100 percent of the water treatment plant’s electrical demand on a yearly basis. Battlement’s is the fourth water plant in Garfield County to be net-zero for electricity, along with plants in Rifle, Silt and Carbondale.

McArthur noted that GCE hosted a workshop in 2014 for local governments to learn about ways to finance large solar arrays with no upfront cost.

“The Metro District attended that workshop, and they caught the vision. We are excited to see that leadership in western Garfield County,” he added.

Sunsense Solar of Carbondale installed the array, with rack foundation and fencing done by Lyons Fencing of Silt and additional electrical work by Expert Electric of Rifle.

Sunforce Solutions of San Francisco arranged the power purchase agreement that financed the project, and the array is now owned by Samuel Engineering of Englewood.

The Battlement Mesa Metro District will buy power from the array through a 20-year contract with Samuel Engineering, locking in electric costs and saving an estimated $200,000 over the term.

John Shinnick of Samuel Engineering said the company is growing with clean energy investments. He noted that Samuel also owns the Silt water plant array and will own the array currently under construction at Roaring Fork High School in Carbondale.

Together, the Battlement, Silt and RFHS arrays are adding 1 megawatt of solar capacity in Garfield County, bringing the tally for government-owned solar to 4.6 megawatts countywide. The three new arrays are valued at $2 million.

Scott Ely, president of Sunsense Solar, said his company is in its 26th year installing solar systems across western Colorado.

“We were glad to work on this project. Everybody has been helpful and easy to work with,” Ely said. He recognized Sunsense site supervisor Mark Item and crew leader Kevin Lundy for keeping the project on track.

With the projects in Silt, Battlement and Carbondale running consecutively over the past 18 months, Ely said Sunsense expanded its workforce by 50 percent in 2015, addition seven new full-time workers.

Ely noted that Sunsense also employed several temporary workers for the Battlement project, including Mark Martinez, a Parachute resident. During the project, Ely hired Martinez for a full-time permanent job with Sunsense. Martinez will be working on the company’s next big job, a second large community solar garden at the Garfield County Airport in Rifle. 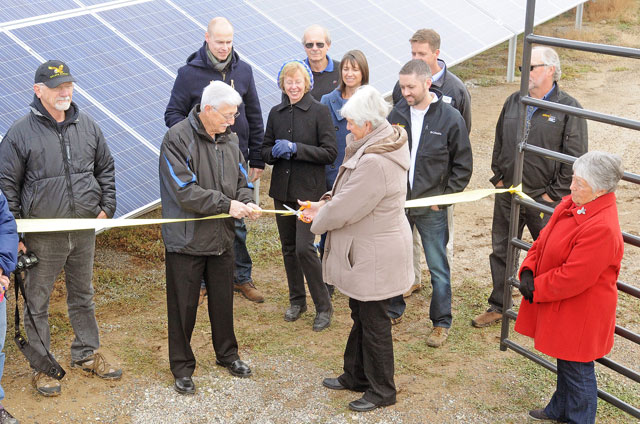 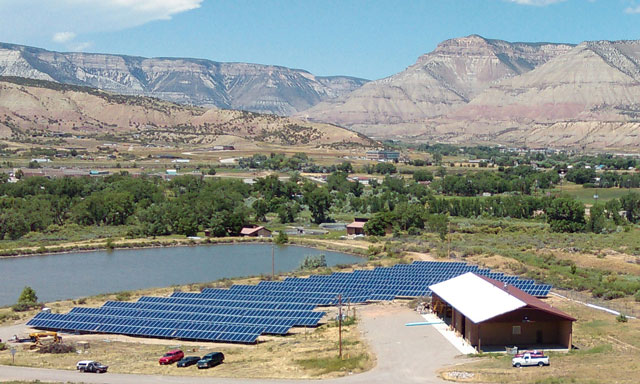 A view of the solar array from above, on Battlement Mesa, looking north toward Parachute and the Roan Plateau.
Photo courtesy Sunsense Solar