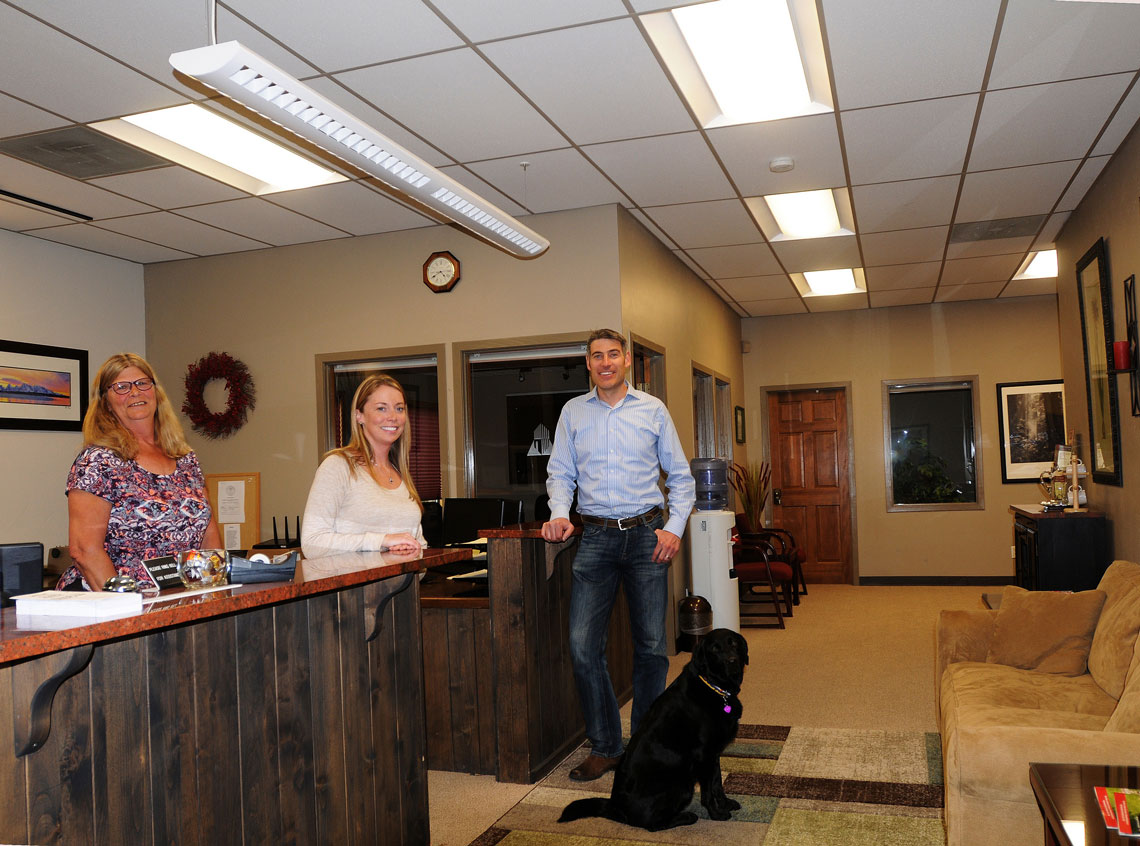 When Mark Spidell bought the two commercial office buildings at 1614 and 1620 Grand Avenue in Glenwood Springs, he knew he was “inheriting a project.”

All sorts of upgrades were needed. This month, a contractor is replacing shingles on the exterior of the two buildings.

Indoors, a series of lighting upgrades over the past two years in the ground floor and basement office spaces have delivered high quality lighting to tenants, and kept their electric bills in check.

Sleek new LED ceiling light fixtures cast an even, warm light in the offices with none of the flickering, buzzing or odd coloration of the old fluorescent lighting, while using a small fraction of the electricity.

Within weeks of buying the property in 2013 through his business, Zendt Properties, Spidell was on a ladder changing out exterior lights and installing a few high-efficiency fluorescent fixtures.

Then he started working with CLEER Energy Consultant Shelley Kaup to develop an overall plan for energy upgrades at the two buildings. CLEER works with Glenwood Springs Electric and Garfield Clean Energy to help businesses make smart decisions about energy efficiency upgrades and to maximize efficiency and available rebates.

“Lighting was the obvious thing, also roof insulation,” Spidell said. “Shelley was very helpful in pointing me in the right direction. I would show her my ideas and she would give me better examples of what I was looking for.” 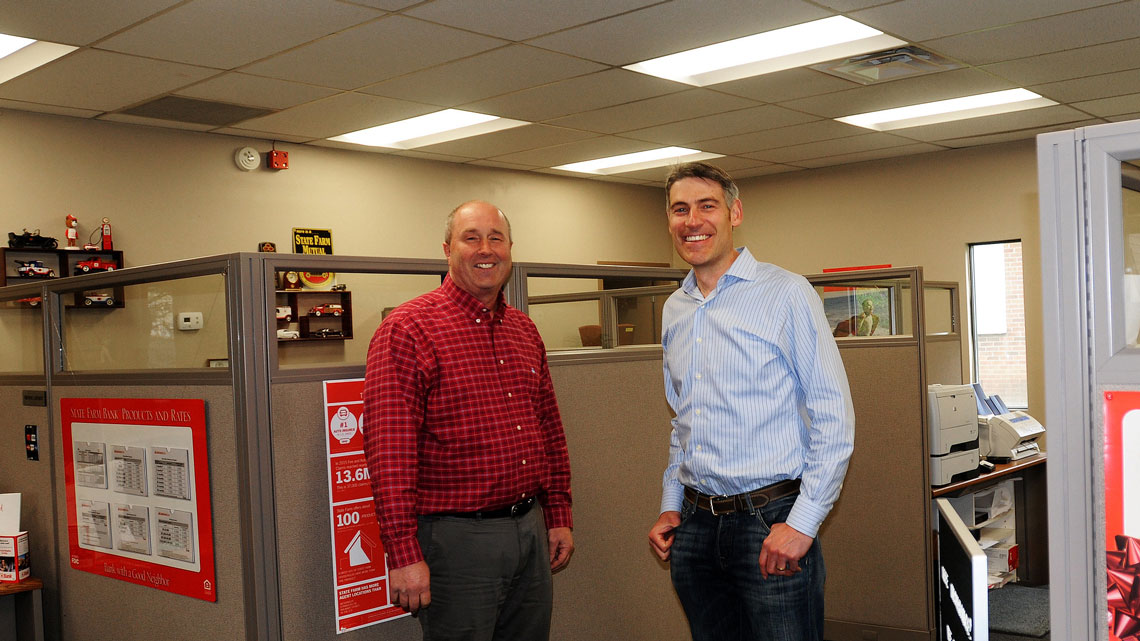 Spidell and his contractor, Jeremiah Hughes of Backcountry Electric, worked on four major lighting upgrades in the two buildings in 2014 and 2015.

“It’s like a whole new world here,” said Jeff Leonard, the State Farm agent whose office fronts Grand Avenue in the 1620 building. “We love our lights.”

Upgrading the lighting was Spidell’s idea, Leonard said, and the State Farm office was one of three tenants to share in the costs. Title Co. of the Rockies and Coldwell Banker Mason & Morse also shared in their upgrade costs, since they pay their own electric bills.

Other tenants in the buildings have their utility costs included in the rent, so it was even more in Spidell’s interest to upgrade their lighting.

One of these is Northwestern Colorado Youth for Christ, which occupies the basement office in the 1614 building.

“My office was a dungeon,” said Rosa Collier, the office manager.

Backcountry Electric replaced 13 ceiling fixtures in the basement office with LEDs. Now there is no flickering, and no need to replace burned-out light bulbs, Collier said.

The old fluorescent lights in the YFC office also sent a lot of heat into the office of endodontist Dr. Roger Brown, directly overhead.

“The office lights gave off so much heat,” Spidell recalled, “Dr. Brown had the air conditioning on one day in December.”

The new LEDs, both downstairs and in Brown’s office, give off very little heat, helping moderate the temperature in both offices.

Lorrie Brown, office manager for her husband, said the new LED lighting in their dentistry clinic doesn’t flicker or buzz, and makes for a calm environment.

A view of the two Zendt Properties office buildings at 1614 and 1620 Grand Ave. in Glenwood Springs. Owner Mark Spidell and his contractor, Jeremiah Hughes of Backcountry Electric, have been making lighting upgrades in the buildings since 2014.
Photo by Kelley Cox

For the four lighting projects, Zendt Properties invested approximately $14,000. Based on the strong energy savings of the improvements, Spidell secured rebates from Glenwood Springs Electric and CORE to buy down approximately 50 percent of the project investment.

Kaup estimated that the combined annual savings for the new lighting would be about $3,000 annually, a savings shared by Spidell and his tenants. With the rebates, the project payback is less than three years.

Spidell has more projects on his list to improve the durability, efficiency and looks of the two buildings.

“Before I do anything new, I run it by Shelley first,” Spidell noted. “I have encouraged other people to reach out to her, people who are tenants or owners. It’s worth doing.”

Spidell continued the project later in 2016 with upgrades to the roofing on the 1620 building, improving the insulation and using a white roofing material that will reflect hot summer sunlight and keep the building cooler.

“I’m committed to making my small part of Glenwood Springs better,” Spidell said. “If I can be a good landlord, that’s meaningful for me.”