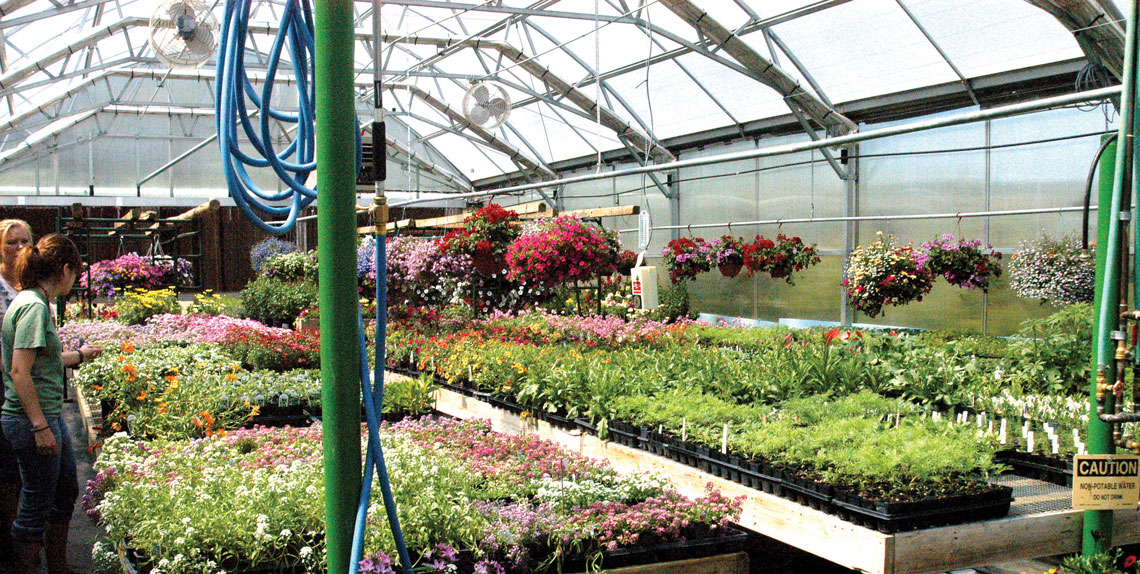 Dwyer Greens & Flowers main greenhouse. The energy-saving curtains are visible along the walls and across the roof. Photo by Cam Burns

Employees at Dwyer Greens & Flowers near New Castle were busy in the winter months of 2010-2011 hanging curtains, but don’t think linen sheers or silk drapes.

These curtains are made of high-tech, reflective, climate control fabric manufactured in Sweden, and they are huge: 30 feet wide and 132 feet long. They are installed to save energy in greenhouses in both summer and winter.

Dwyer Greens manager Kristine Edge said the 11 sections of curtain cut electricity and propane bills in the company’s large greenhouse by 30 percent. The automated system reflects heat on hot summer days and holds in heat during winter in the plastic-walled greenhouse.

“It has changed our greenhouse environment for the better,” said Edge. “The more precisely you can control that environment, the healthier your plants are going to be. Less stress on plants increases plant vigor, decreases water use and leads to less disease and insect problems on the plants.”

Dwyer and Edge knew about the benefits of greenhouse energy curtains, and a walk-through energy audit conducted at the greenhouse by Craig Tate, commercial energy efficiency manager for Holy Cross Energy, confirmed the strategy. In a collaborative effort, Edge, Tate and CLEER Energy Coach Rob Morey researched the automated curtain systems of different manufacturers to see what would work best at the New Castle greenhouse.

By combining a WE CARE rebate ($334) offered by Holy Cross Energy for the automated curtain controls with the $5,000 rebate bonus from the Garfield Clean Energy Challenge for Business, Dwyer benefitted from a sizeable offset on the $14,000 price tag for the curtains and associated design fees. The staff at Dwyer Greens installed the curtains, allowing Dwyer to keep two employees on during the winter of 2010–2011.

The curtains are fitted in between the roof trusses in the greenhouse. In winter, the automated controls can be set to open the curtains during the day for solar gain and to be closed at night to reduce the volume of space to be heated.

The curtains reflect the stored heat back down to the plants instead of the needed heat being trapped near the ceiling or lost through the thin roof. In summer, the operation is reversed, helping keep the greenhouse from overheating.

Edge said the company uses huge exhaust fans to keep the greenhouses cool in the summer, and she thinks the curtain system will save considerable amounts of electricity. Despite 2011’s colder-than-normal spring and a 50 percent increase in plant production, propane use was down 17 percent over the previous year.

Installation of the lightweight curtains should also conserve soil moisture in the greenhouse, cutting water demand and the energy needed to pump water up to the greenhouse site. The efficiency upgrade also increased worker comfort and cut time spent on hand watering in the greenhouse. Edge expects that healthier plants will also need less of the organic pesticides used in the operation.

“It’s all about controlling your environment, and that curtain is definitely going to play a huge role in that,” Edge said. Edge knows from experience.

She previously worked in greenhouses in Rifle, where the installation of energy curtains led to healthier plants during the western Colorado summertime when the sun’s intensity is stressful for plants.

Installation consultant Roger Weakland, owner of Greenhouse Environmental Services in Denver, said energy curtains have been around for years, and the technology continues to improve. He said the technology could also be used for skylights in office buildings or
garden seating areas in restaurants.

The Dwyer Greens installation includes an upgraded computerized system that controls heating, cooling, lighting and the curtains. The system also can feed information to an off-site computer for remote monitoring. The equipment is distributed by Wadsworth Control Systems in Arvada.

“It conserves considerable energy because it only allows the equipment to run when it should, rather than when a person has time to go over and turn it on or off,” Weakland said. 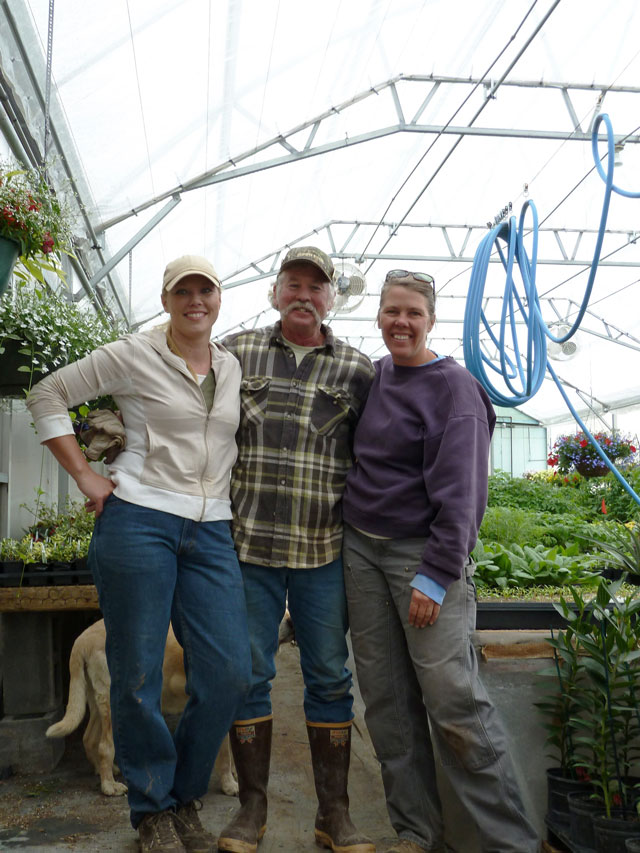