What comes to mind when you hear the phrase “net-zero home”? Maybe a lavish, cutting-edge mansion in the Roaring Fork Valley, with expensive everything and a Tesla in the garage? 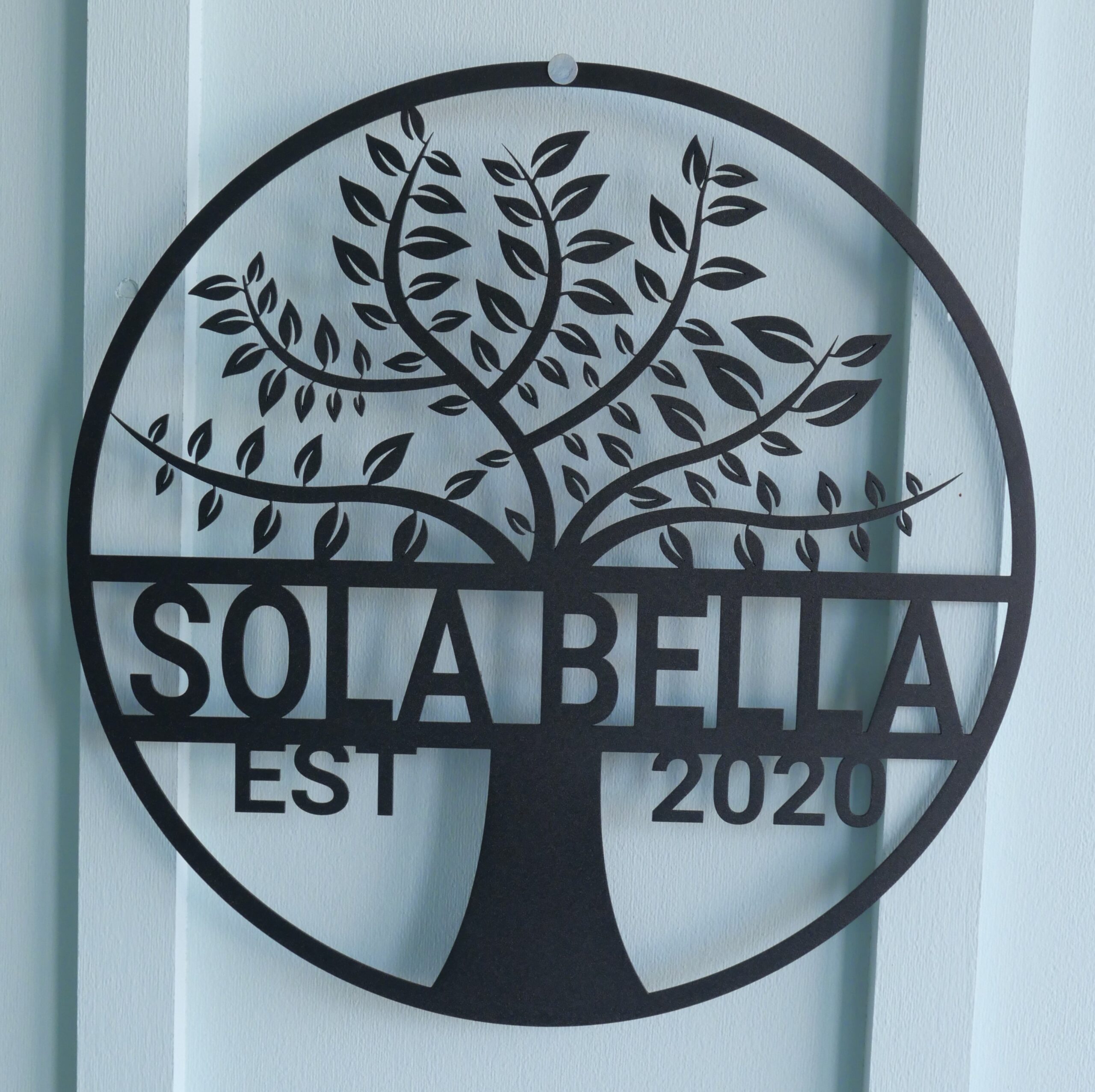 Well, put that stereotype aside, because it’s out of date. Consider instead Sola Bella, a modest two-bedroom house in a tract subdivision in Rifle.

Sola Bella is the proud creation of Lisa Jones, a downvalley pioneer who makes no bones about her ordinariness. “I’m in the same boat as most people, not much expendable income,” Lisa says. “I’m just trying to focus on what I can do to have a home that’s in line with my wish to cut down on fossil fuels and live as sustainably and inexpensively as possible.”

The net cost of net zero

Net-zero buildings produce at least as much energy as they consume. Here in sunny western Colorado, they are typically powered by solar panels and have all-electric heating, cooling and appliances. They generate a surplus of electricity in summer and run a deficit in winter, but their net energy use and greenhouse-gas emissions are zero over the course of a year. Likewise, average energy costs (aside from a small monthly charge to access the electric grid) are zero.

Ah yes, you say, but how much more does it cost to build such a house? 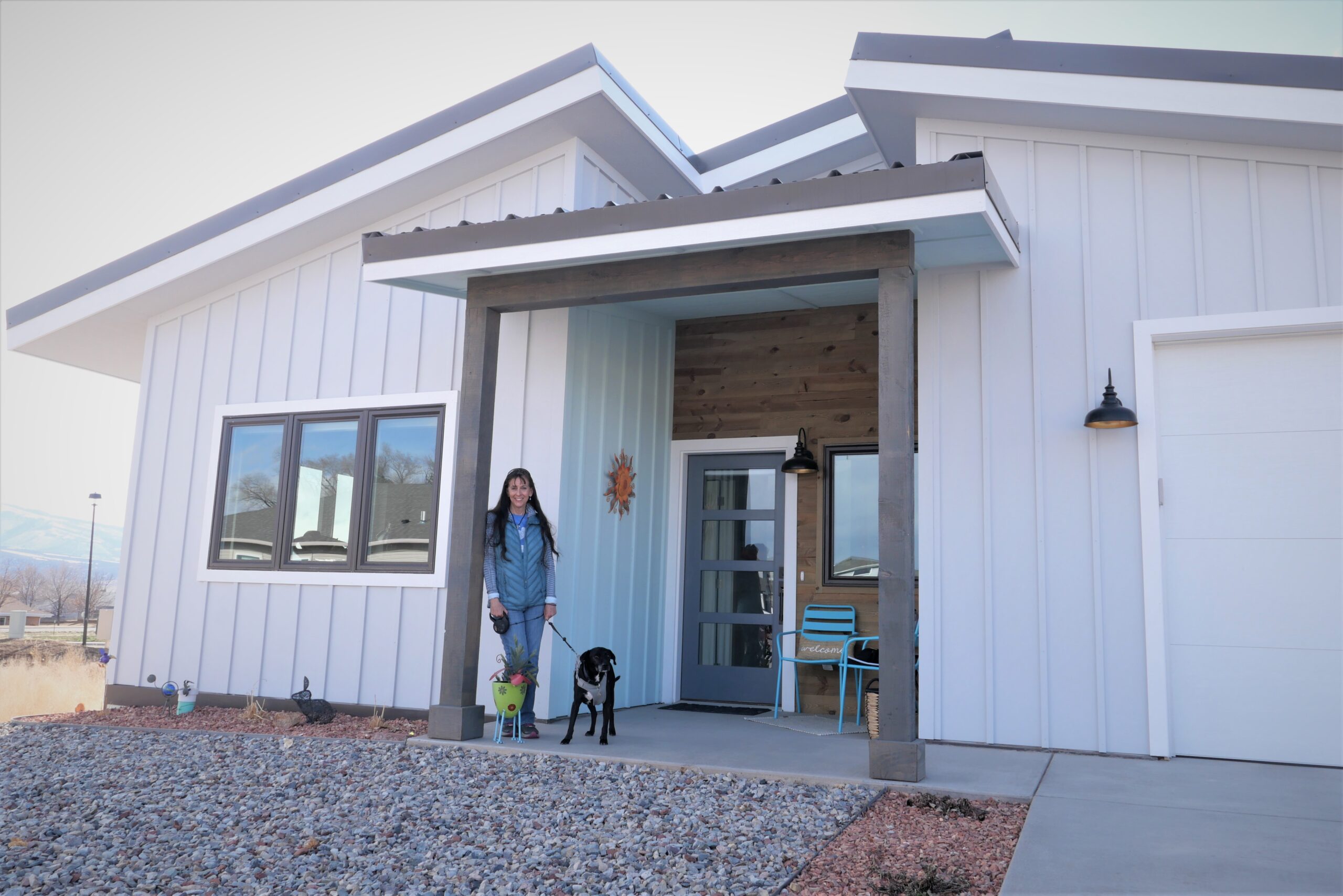 “I tried to walk the middle line on all of it with costs,” Lisa says. She calculates that all of her upgrades added about 8% to the total construction cost – but thanks to lower energy bills, it will recoup the extra cost in eight or nine years. Furthermore, the extra upfront cost was easily offset by keeping the home small (1,325 square feet).

“I’ve wanted to do a sustainable house like this forever,” Lisa recalls. Concern about drought and rising temperatures drove her interest in sustainability. Retirement planning was an equally important factor in her vision, as she wanted to lock in low (and fixed) monthly bills.

She began by educating herself about affordable net-zero construction from resources such as the Zero Energy Project and by visiting local projects like Habitat for Humanity’s Basalt Vista housing community. By the spring of 2019 she had designed her house with the help of her general contractor, Wes Miller of Mountain Town Builders, and was ready to break ground.

Lisa hired Miller because of his extensive experience in sustainable construction, and she credits him with keeping the project on track and within budget. She also acknowledges Pete Waller of GCE for providing advice and emotional support during the process. The house was completed in November 2020, although it took until June of this year to bring the solar system on line.

In designing an energy-efficient home, some of the most effective measures are free or low-cost. By starting with a simple rectangular shape, Lisa minimized material and labor costs. By correctly sizing the south-facing windows and eaves, she ensured that the house would be more efficient to heat in winter and to cool in summer. Careful sealing of gaps and penetrations minimized heat leakage at minimal cost. 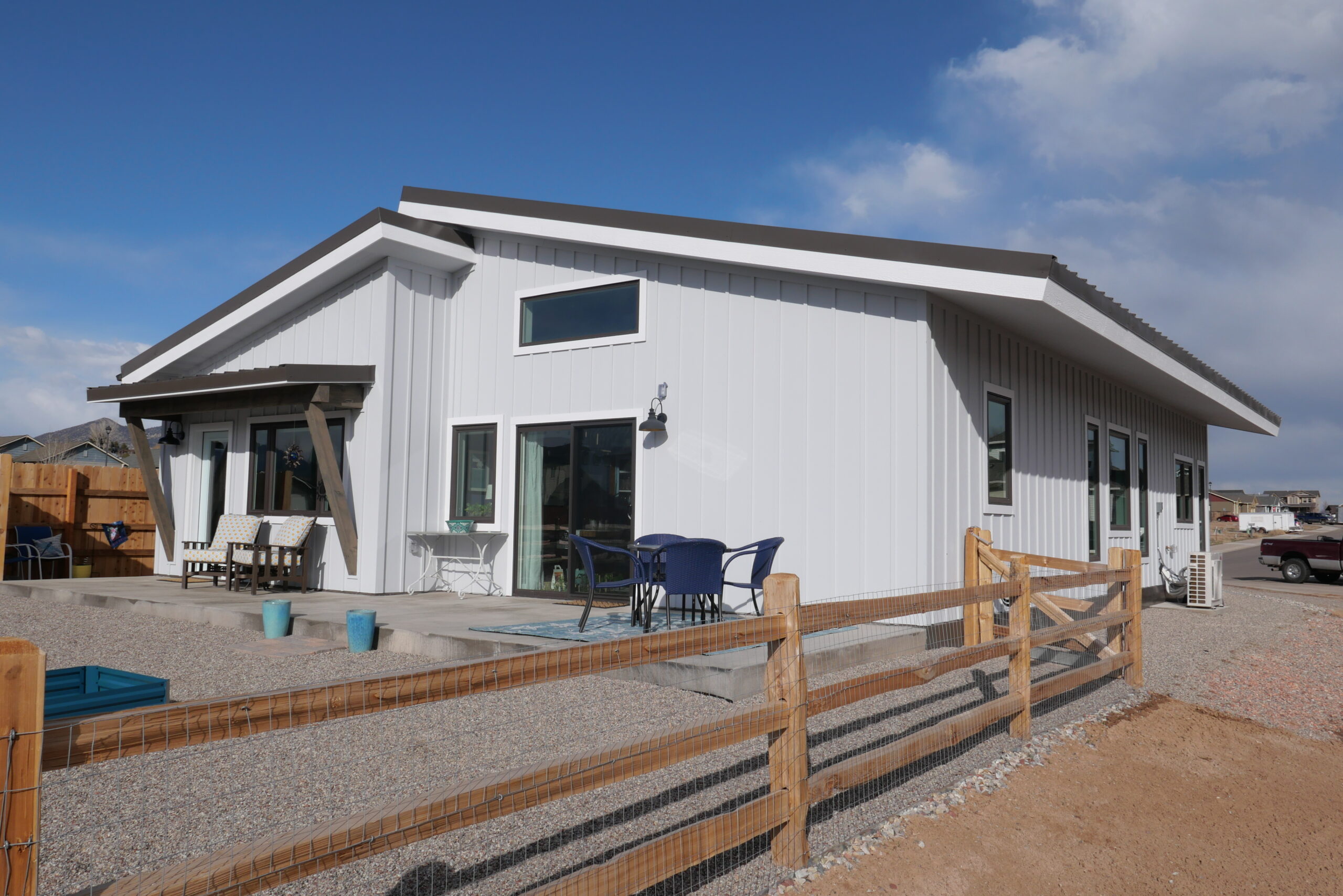 The biggest single extra expense was the $15,000 rooftop solar system; Lisa will actually get about $4,000 of that back when she does her taxes, thanks to the federal solar investment tax credit. (Many homeowners are also able to claim additional solar rebates worth thousands of dollars, but Lisa’s utility, Xcel Energy, doesn’t offer them.) She sized the system to power the entire house as well as an electric vehicle that she hopes to eventually buy. So far, it looks to be on track to do that.

Heating and cooling was another extra expense, although estimating how much extra is something of an apples-to-oranges comparison. A conventional new home in Rifle would likely have a natural gas furnace, electric central air and a natural gas hot water heater. The workhorse of Lisa’s house is an electric cold-climate mini-split heat pump system – a highly efficient and increasingly popular setup that delivers both heating and cooling through slim tubes instead of ductwork.

But that’s not all, as they say. Even though the mini-split system is rated to -21 F, the house has two other sources of heat. First, a two-in-one electric boiler supplies hot water and also provides baseload heat through a radiant floor system. Second, a pair of built-in space heaters put out extra on-demand warmth in the front entry and in one of the bathrooms. Put them all together and you have a home that’s versatile, efficient and comfortable.

Best of all, the home is all-electric. By eliminating natural gas from the equation, there are no fossil-fuel emissions. The entire house is powered by electricity produced by its own solar panels – an elegantly circular system.

“There’s no reason to have gas – just cut it out,” says Lisa. “It’s even dangerous in some cases.”

And by the way, cutting out gas means the house needs no gas service line – a big cost savings in itself. Factoring that in, Lisa pegs the net extra cost of her heating system at about $3,500.

Another significant extra expense was $2,000 for a heat-recovering ventilation system. Given the house’s tight construction, this ensures adequate air exchange while minimizing heat loss to (or gain from) the outside.

One device on Lisa’s wish list that didn’t make the cut was a Tesla Powerwall. The battery storage would have provided emergency backup power and enhanced the home’s energy-independence, but at $11,000 it didn’t pencil out at this time.

For someone who recently built her own house, Lisa Jones seems remarkably unfrazzled. The process went well and the finished result is much like she envisioned. Now comfortably settled into her dream home, she seems to relish her role as Rifle’s net-zero pioneer.

“I may be a bit ahead of the game, but if one person does it hopefully other people will follow,” she says. Sola Bella offers a functional, affordable model to emulate.