Today, the advice on energy is similar: if you plan to live somewhere for a year, change your lightbulbs; if you’re looking more like five or ten years out, install solar panels.

Like many Garfield County homeowners, Kimberlie and Jim Chenoweth are in a position to take the longer view. They live on 20 acres in rural Peach Valley, along the back road between Silt and New Castle. It’s a modest but comfortable place, set in a beautiful location with great views. 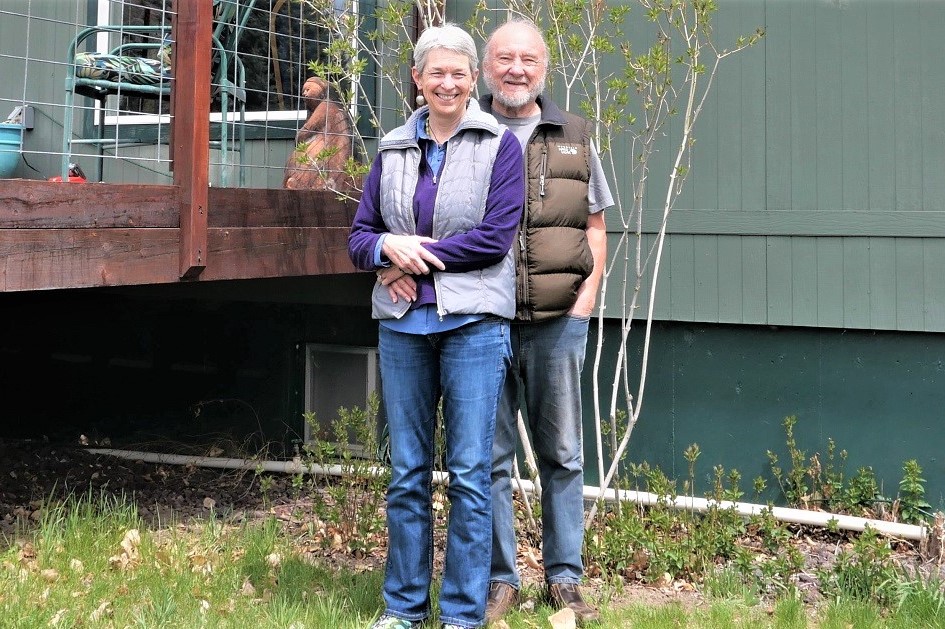 Kimberlie and Jim Chenoweth outside their home.

But spending a lot of time in the house during the pandemic, where they’ve been working from home – Jim is a professional counselor and Kimberlie is a transformational life coach and mentor – got them thinking about making some upgrades.

Says Kimberlie: “We’re going to live here for the rest of our lives, so we’re looking to create a home that serves us and the people we serve.”

Adding a solar system was high on their wish list.

Going solar had been a dream of theirs for years, ever since a friend in Fruita did it, but it had always seemed like it belonged to a distant future. “We thought it would be nice if it ever gets to be affordable,” Kimberlie recalls.

Last winter they were ready to take the plunge, and had an installer come out and make an estimate on a rooftop system. While that proposal still didn’t quite fit their budget, it came close enough to put them on standby.

That’s why, when the Solarize Garfield County program launched in March, Kimberlie says they were on it immediately: “We saw the article in the paper and we said, OK now!”

Within a week, a rep for Active Energies Solar, the exclusive installer for Solarize Garfield County, made a site visit and presented them with – well, an offer they couldn’t refuse. A couple of hours later, they had a signed contract; six weeks later they had a crew on their roof installing panels.

Many can actually save money with solar

The Chenoweths’ experience illustrates a bigger, rapidly developing story. The price of home solar systems has dropped by more than 80% in the past decade, putting them within financial reach of most homeowners. In fact, anyone who owns a reasonably sunny roof, spends more than about $50 a month on electricity and has decent credit will probably save money by installing solar – that is, their monthly loan payments on the solar system will be less than what they previously paid for electricity.

If you’re even THINKING about installing solar, be sure to sign up for Solarize Garfield County before the June 4 deadline.

Enrolling only takes a minute and it doesn’t commit you to anything, but it puts you in the queue to receive a free, no-obligation site assessment.

Newsflash! Due to very high interest in Solarize Garfield County, we’ve extended the deadline for signing solar contracts to July 4. So, to take advantage of the special Solarize rebates, you must enroll by June 4 and you must contract with Active Energies by July 4.

Active Energies is currently running about one month behind on orders. Solarize participants are welcome to seek bids from other local solar installers, who may be able to respond more quickly. They can’t provide Solarize Garfield County rebates but they may be able to offer discounts of their own.

Solarize Garfield County throws in some extra perks that make the price even more right.

The program is able to offer participants a volume discount – right now it’s $375, but if enough contracts get signed the discount will go up to $500 per system – and it’s providing additional $1,500 rebates to Xcel Energy customers who don’t qualify for rebates that customers of other utilities do. On top of that, Active Energies is offering participants $100 toward a home energy assessment, which typically reveals other ways to save money by saving energy.

For the Chenoweths, the numbers penciled out nicely. Active Energies spec’d a fairly typical 20-panel, 6.3 kW, grid-tied PV (photovoltaic) system, which was more than enough to meet the household’s average use. The net cost, including installation – after rebates and the federal tax credit – was about $12,700.

If that sounds like a lot, remember that this is a system that’s expected to run for at least 25 years, during which time the household is projected to use over $40,000 worth of electricity.

The Chenoweths opted to finance the purchase themselves out of their home equity line of credit. Doing it that way, according to projections by Active Energies, they’ll be earning a 9.7% return on their investment (compared to the 4% or so in interest they’ll be paying), and the payback period on the system will be about 10 years.

If they had opted for the $0 down, 4.74% APR financing offered by Active Energies, they would have paid $80 a month for 21 years to pay off the system. That’s $10 a month less than what they’re currently paying for electricity – and the savings would only increase over time, as the cost of electricity goes up while the loan payments remain the same.

Another perk: They’ll probably be able to extend their federal tax credit to cover the cost of some needed roof repairs that will be done in conjunction with the solar install.

And that’s not to mention the “non-financial benefits” of going solar. According to Active Energies’ estimate, the Chenoweths’ 6.3kW system will annually avoid 11.3 tons of CO2 emissions and nearly 8,000 gallons of water consumption.

The Chenoweths are highly motivated by such environmental considerations. But, Jim says, it was the financial benefits that made the project possible. “I’m interested in the environment, but not enough to sacrifice economically for it,” he jokes.

“It’s not like a get-rich thing, but it’s a way to make a commitment to sustainability – and to predictability too,” Kimberlie adds. She notes that generating their own electricity, and knowing exactly how much it will cost for the next two decades, is a hedge against an uncertain economic and political future.

For that reason, the Chenoweths had hoped to add battery backup for their solar system. While costs made it difficult to pursue at this time, utilities are creating programs to reduce the cost significantly as storage is a benefit to them as well as to their customers. So while it remains on their wish list for now, they may be able to add storage very soon. 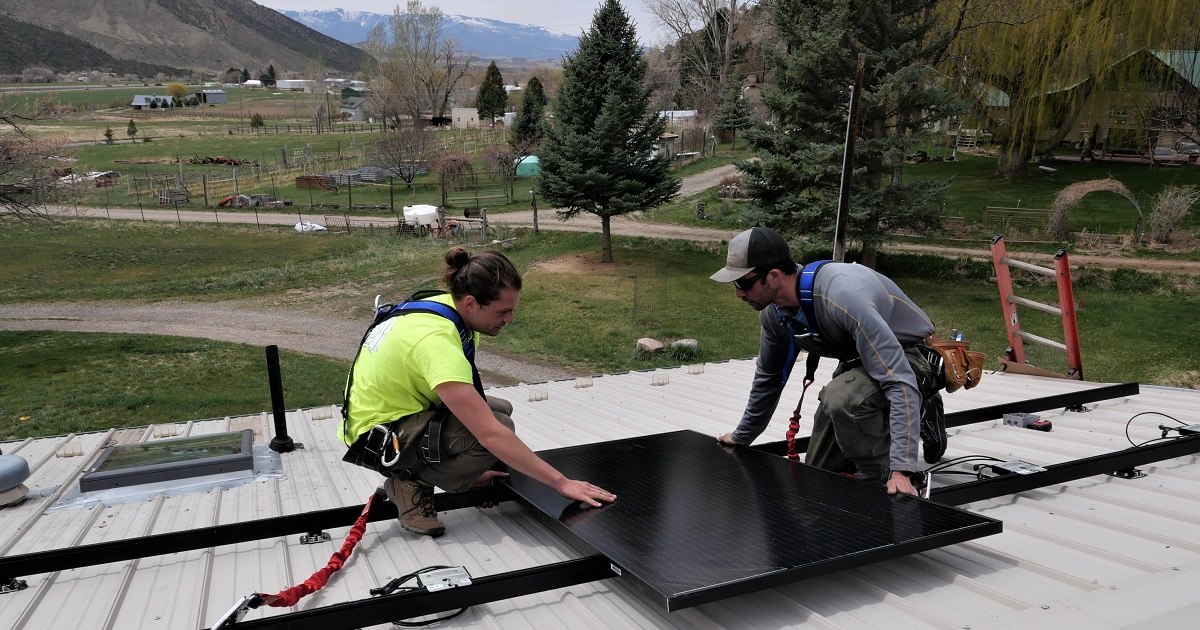